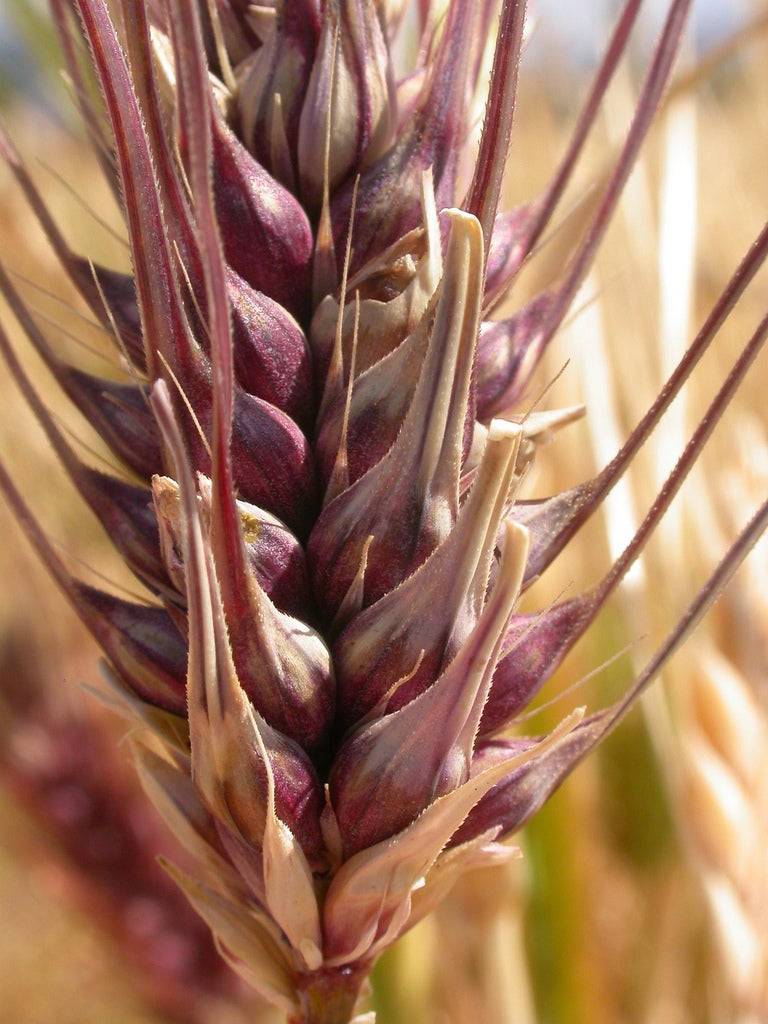 Barley is a popular crop both commercially and in home
gardens. While the plants are grown for their grain harvest, barley is also
commonly grown on farms for livestock or as
a cover crop. Whether wishing to make their farm more sustainable or
hoping to grow barley for its use in beer making, there is no doubt that its
growers have mixed opinions regarding how different types of the plant should
be used. One type, 6-row barley plants, are specifically debated for their use.

What is 6-Row Barley?

Growing 6-row barley has many uses. While European beer
makers believe this specific type of barley should only be grown as feed for
livestock, many North American brewers welcome the use of 6-row barley for beer.

These 6-row barley plants are easily distinguishable due to
the size and shape of their seed heads. Seedheads of 6-row barley plants
maintain a somewhat unorganized appearance with varying sized kernels. These
varying kernels make the process of grinding the barely more difficult, as the
smallest seeds must be screened and sifted. Even the largest of the 6-row
barley kernels will be smaller than that which is produced by 2-row barley
types.

Should I Grow 6-Row Barley?

While much more common in North America, there are some
advantages to growing 6-row barley for beer. Although the kernels are smaller,
6-row barley types contain a greater number of enzymes which are able to
convert sugars throughout malting in the beer making process. This makes 6-row
barley very helpful for use in beer recipes that incorporate the use of other
grains which are not able to convert sugars.

As with growing any other small grain crop, the process of
growing 6-row barley is relatively simple. In fact, even home gardeners should
be able to achieve crops with yields large enough for personal use.

First, growers will need to select varieties that are well
suited to their gardening zone. While barley does demonstrate some tolerance to cold, it is
important to carefully determine the best planting time for the garden. This
will help to better ensure a successful harvest.

To sow, choose a planting location that is well draining and
receives at least 6-8 hours of direct sunlight each day. Broadcast the seeds
onto the planting area and rake the seeds into the upper surface layer of the
soil. Then, water the area well, making sure that the planting bed receives
adequate moisture until germination occurs.

Some growers may need to spread a thin layer of straw or
mulch over the planting area in order to ensure that the seeds are not eaten by
birds or garden pests before germination occur.

Organic Pest Control for Garden Vegetables Organic Pest Control for Garden Vegetables In a conventional garden, you deal with these bugs differently compared to in your organic garden. In a normal or nonorganic garden, strong chemicals are frequently made use of to eliminate the pests. These chemicals harm every living thing, including plants, bugs (indeed […]

can i use indoor plant food spikes on outdoor plants

Can I use indoor plant food spikes on outdoor plants?       Miracle-Gro Indoor Plant Food Spikes Review Indoor plants should be welcomed in any home or apartment because of the development of a pleasant indoor environment. A small indoor plant adds both color and a picturesque picture to both tables and windows. The […]

Large Indoor Vegetable Garden System I’m on a mission to cultivate basil in my kitchen. I spent the last week researching how to start basil plants from seed, how to grow them indoors, and what kind of soil and accouterments the basil plants would require. This week, I’d like to share with you some of […]

How To Organize a Storage Shed

Square Foot Garden Planting Guide The square-foot sowing template, Seeding Square, enables you to maximize growth in limited space. The concept is based on the famous gardening technique known as Square Foot Gardening, in which seeds are placed in particular locations inside a square foot, enabling sufficient space for each seed to mature without wasting […]

Large indoor plants low light Tips, Tricks, and Suggestions for Low-Light Indoor Plants Unless you live in a greenhouse, it’s extremely difficult to find a location in your home that provides adequate sunlight for your plants. Fortunately for you, there is no reason to abandon your desire to grow stunning tropical low light plants that […]

This website uses cookies to improve your experience while you navigate through the website. Out of these, the cookies that are categorized as necessary are stored on your browser as they are essential for the working of basic functionalities of the website. We also use third-party cookies that help us analyze and understand how you use this website. These cookies will be stored in your browser only with your consent. You also have the option to opt-out of these cookies. But opting out of some of these cookies may affect your browsing experience.
NecessaryAlways Enabled
Necessary cookies are absolutely essential for the website to function properly. These cookies ensure basic functionalities and security features of the website, anonymously.
Functional
Functional cookies help to perform certain functionalities like sharing the content of the website on social media platforms, collect feedbacks, and other third-party features.
Performance
Performance cookies are used to understand and analyze the key performance indexes of the website which helps in delivering a better user experience for the visitors.
Analytics
Analytical cookies are used to understand how visitors interact with the website. These cookies help provide information on metrics the number of visitors, bounce rate, traffic source, etc.
Advertisement
Advertisement cookies are used to provide visitors with relevant ads and marketing campaigns. These cookies track visitors across websites and collect information to provide customized ads.
Others
Other uncategorized cookies are those that are being analyzed and have not been classified into a category as yet.
SAVE & ACCEPT
Translate »